Initial analyses of social media usage in competitive authoritarian regimes stressed the benefits of “liberation technology” for opposition movements. In this talk, I present research from two NYU Social Media and Political Participation (SMaPP) lab projects examining ways in which pro-government forces can use social media in competitive authoritarian regimes as well. I first present a novel classification of strategies employed by autocrats to combat hostile activity on the web and in social media in particular: offline action, online restriction of content, and online engagement. I will then present a set of tools for detecting political “bots” on Twitter, and provide initial analyses of the usefulness of these digital forensic techniques as well as the prevalence of bots in the Russian political Twittersphere by drawing a large dataset of politically relevant Twitter data from Russia over a 485 day period from Nov. 2013 through July 2015 (containing over 28 million tweets from close to 5 million twitter accounts). In the final part of the talk, I assess the ways in which Twitter can provide evidence of different communication strategies employed by pro- and anti-government members of the Venezuelan parliament during a period of anti-government protests in 2014. 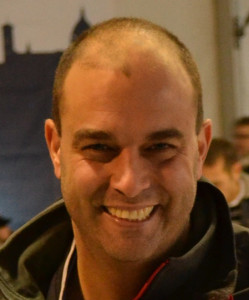 Joshua A. Tucker is Professor of Politics and (by courtesy) Russian and Slavic Studies at New York University (NYU) and an Affiliated Professor of Politics at NYU-Abu Dhabi. He is a Co-Director of the NYU Social Media and Political Participation (SMaPP) laboratory and recently completed a four-year term as the inaugural co-editor of the Journal of Experimental Political Science. He is on the Board of the American National Election Study and is the incoming Director (starting September 1, 2016) of NYU’s Jordan Center for Advanced Study of Russia.
Professor Tucker specializes in comparative politics with an emphasis on mass political behavior in East-Central Europe and the former Soviet Union, including elections and voting, the development of partisan attachment, public opinion formation, and mass protest, as well as the use of social media in facilitating all forms of political participation. He is the author of Regional Economic Voting: Russia, Poland, Hungary, Slovakia, and the Czech Republic, 1990-99 (Cambridge University Press, 2006). His work has appeared in numerous academic journals, including the American Journal of Political Science, the British Journal of Politics, Comparative Politics, Comparative Political Studies, Electoral Studies, the Journal of Politics, Political Analysis, Post-Soviet Affairs and the Annual Review of Political Science, and his opinions have been published in the International Herald Tribune, The New Republic, The Wall Street Journal, and Al Jazeera English. In 2006, he was awarded the Emerging Scholar Award for the top scholar in the field of Elections, Public Opinion, and Voting Behavior within 10 years of the doctorate. In 2012 he was part of an interdisciplinary four-person team of NYU faculty to win one the National Science Foundation’s inaugural INSPIRE- CREATIV grants.