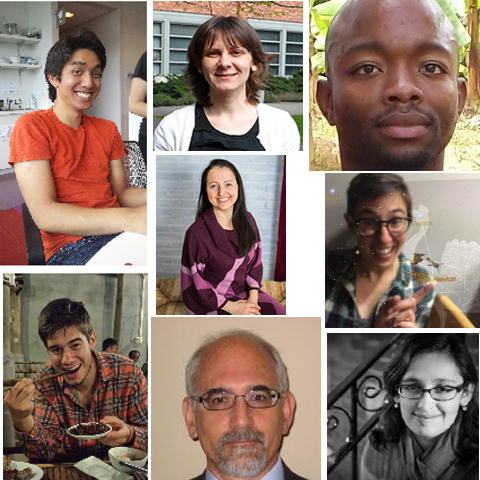 The Paratransit team collaborated with King County Metro to improve operations of the Paratransit service which is an on-demand public transportation program that provides door-to-door rides for people with limited ability who are unable to use traditional fixed route services. Currently, King County Metro paratransit trips cost approximately ten times as much as an equivalent trip using a fixed-route service, so the team concentrated their efforts on identifying costly routes, providing cost-driven recommendations for rescheduling broken buses, and better predicting service usage hours over quarterly periods. 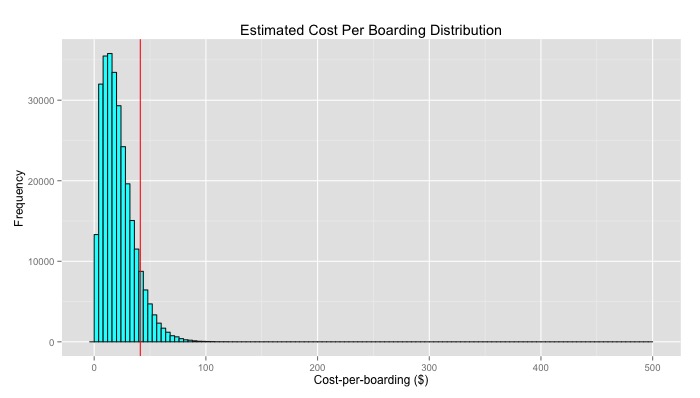 The team analyzed history data and observed rides whose cost per boarding was over $100. In the plot above rides to the right of the red line had cost exceeding the 90% quantile of all rides and accounted for 24.4% of total costs. The DSSG fellows delved deeper to understand what made these rides so expensive. In the end of the summer the team provided King County Metro with a method to update predictions of usage hours customized for each day of the week and a web app which provides cost comparison for the different options of handling a broken bus event: reschedule clients on an existing route, send a new bus, or serve them with a taxi. These tools aim to help the Paratransit operations better plan resources over longer periods of time and help dispatchers make informed decisions in case of emergency. For more details check out the project’s blog.